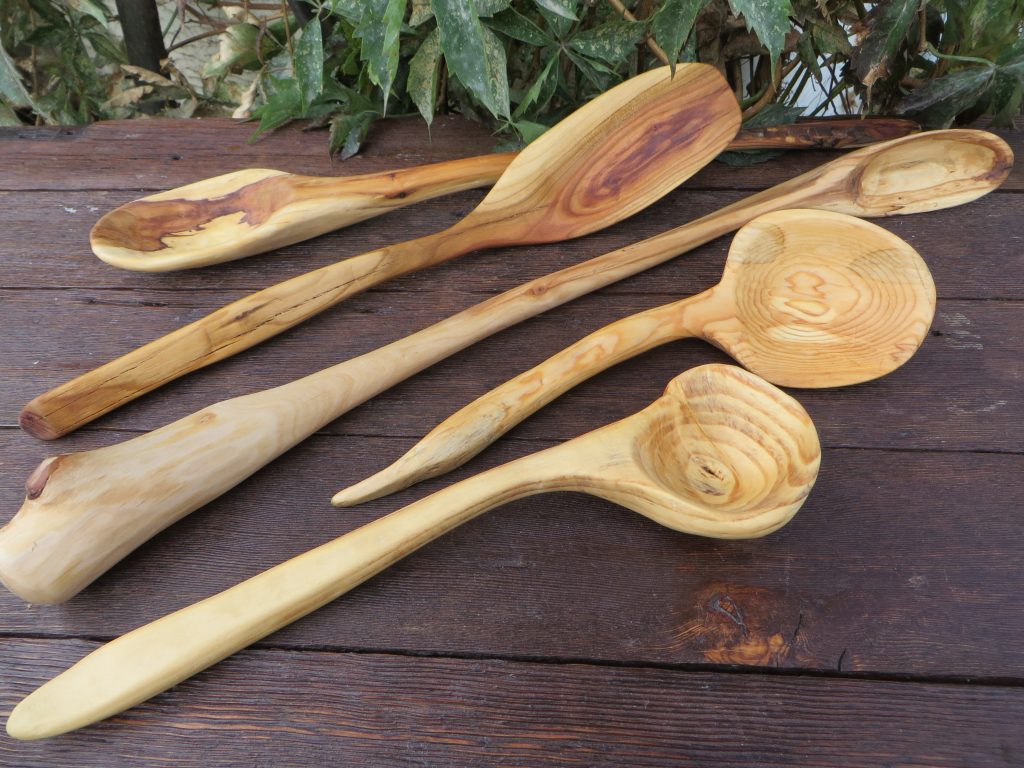 The Story of the Grain… 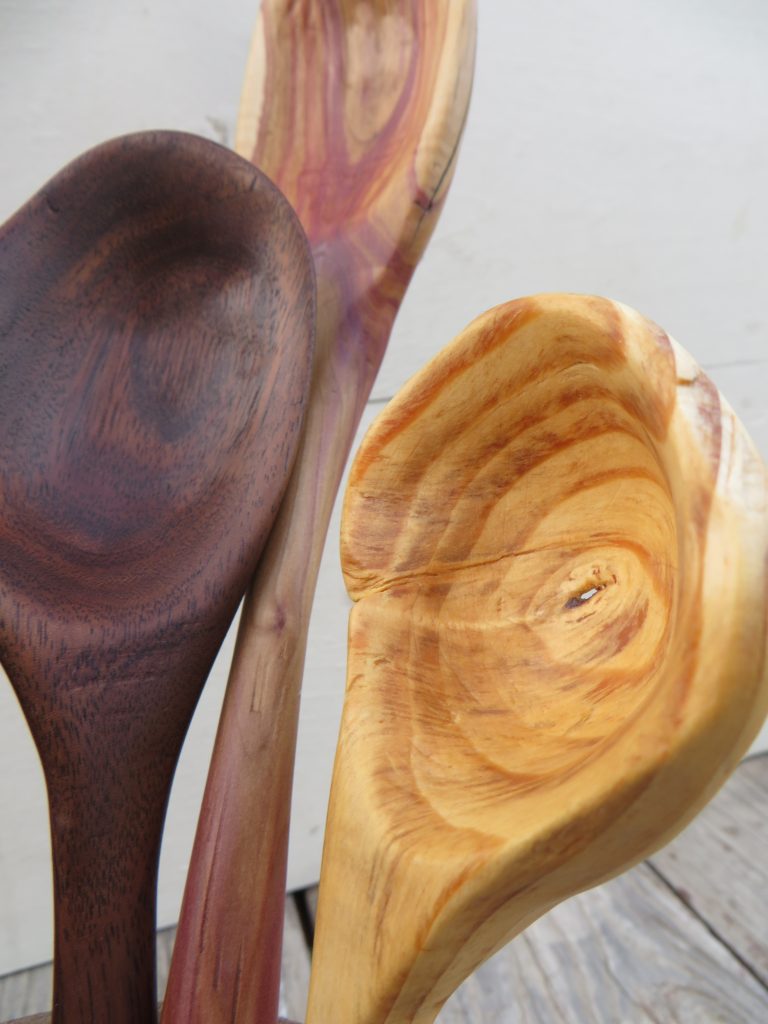 The spoon in the foreground has been fondly named the “diet spoon”.   It is made from a piece of pitch pine, originally slated for firewood.  I noticed it had a very interesting turn in the grain, almost as if the tree grew back on itself.  I first noticed this when I TRIED to split it with an axe !  🙂  As always, carving with the grain determines the shape of the spoon.  And this one turned out with a very pleasing form.  Only problem…the bark inclusion in the middle fell out: this spoon wouldn’t hold water!  Hence the name, “Diet Spoon”. 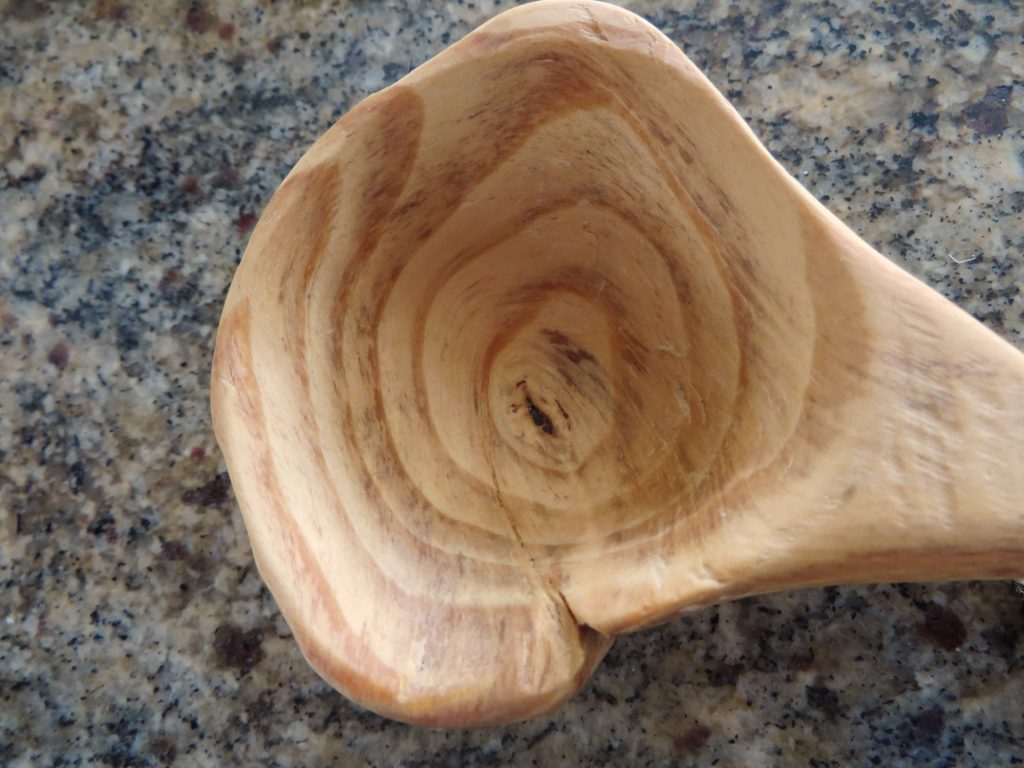 The Story of the Source… 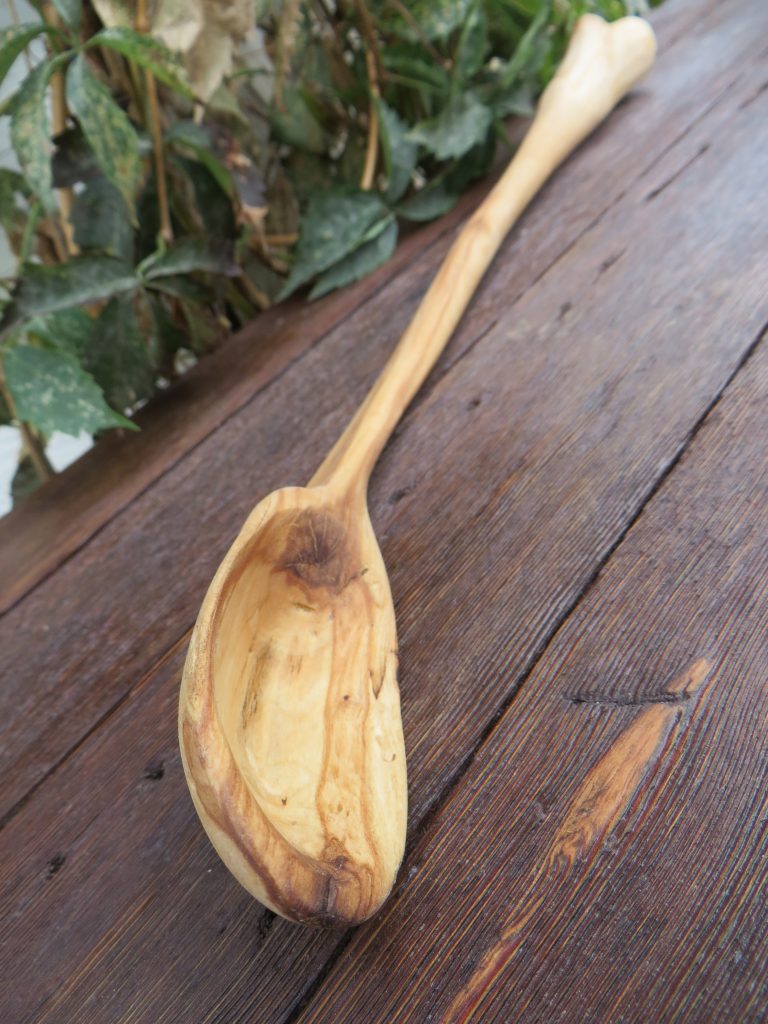 You never notice branches in the alley until you start carving spoons.  Try it, you’ll see.  You will never look at your neighbor’s trees or your firewood pile the same again either.

The one feature about this spoon is the point where the “handle” began to split into two branches: I was going to cut that off but I just had to leave it. Also had plans to leave the white bark but it wouldn’t stay attached.  But it turned out pretty nice for a discarded alley branch. 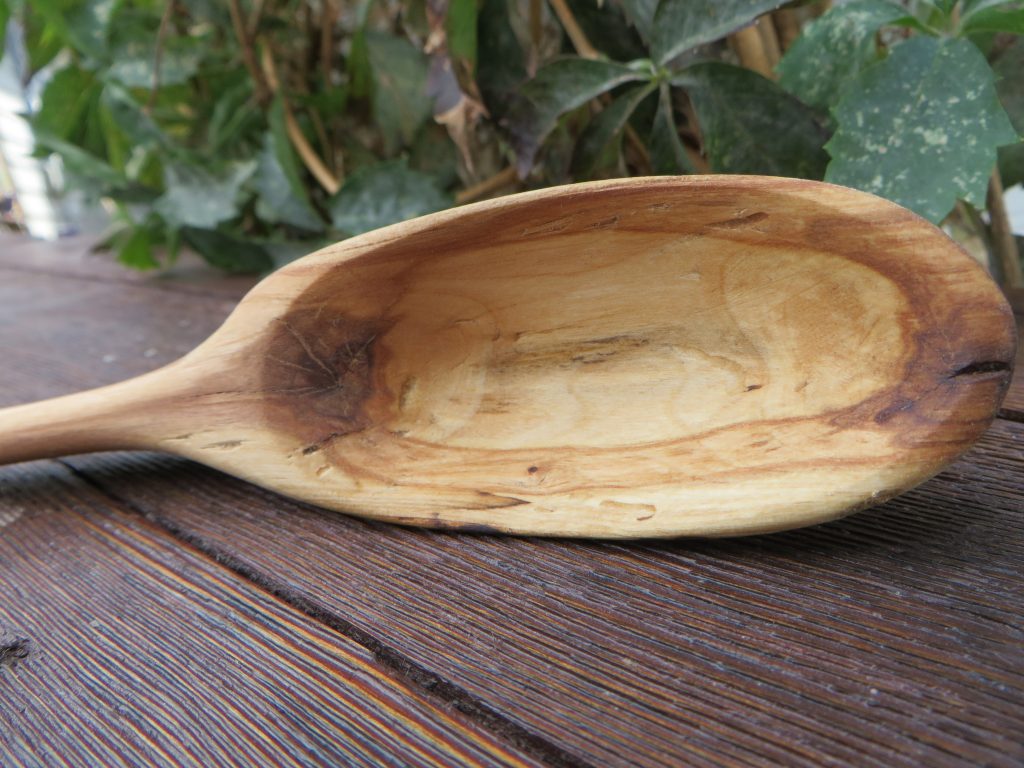 The Story of the Plan… 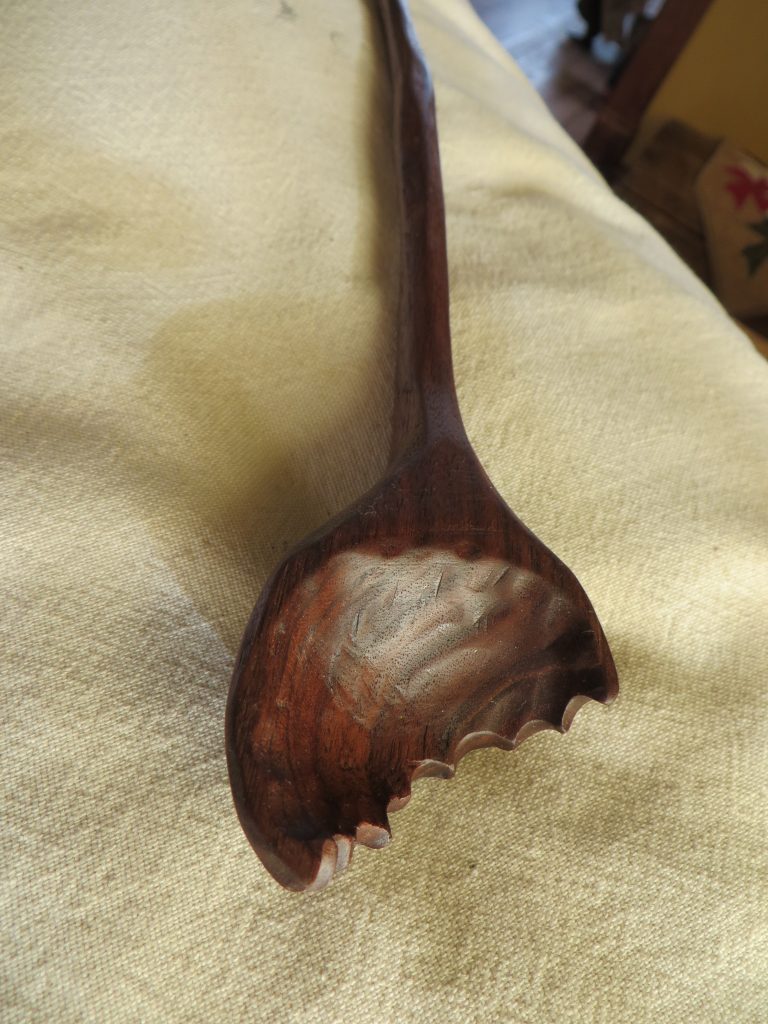 Walnut, what a wood. This particular piece came from a firewood pile in the Midwest… those people have no shame. I was almost done, 85% percent complete, just a few more strokes with the knife, then sanding. And the front of the bowl fell off. Just like that. My next logical move was to return it to its original destiny of firewood, when my daughter thoughtfully suggested somehow I finish it anyway. After much thought, I completed it with a large bite mark: the “Hungry Chef” spoon. That was the plan all along. I just didn’t know at the beginning. 🙂 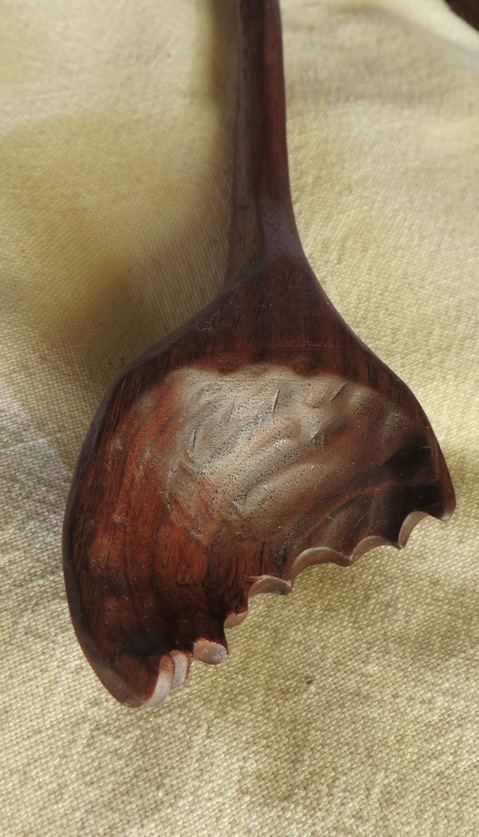 These are just three examples…I could tell you of the Margy spoon, the lilac spoon, the juniper ladle, the Pallet-able spoons, and many more.  The common denominators are always the grain, the source and the plan, all of which combine to make each spoon a unique story in and of itself.

Each person who purchases a spoon truly gets a ‘one of a kind’ piece..just ask and I will tell you your “Spoon Story”.